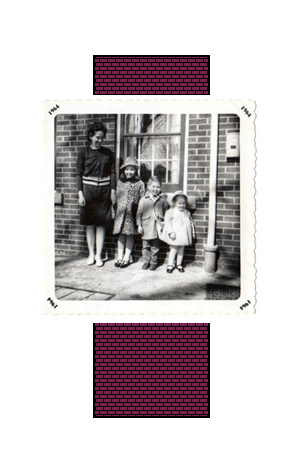 in the summer of 1996, i traveled to the heart of darkness:  my sister, having been given a stage-four cancer diagnosis with a six-months-to live prognosis, was left with only alternative therapies as conventional medicine was only prepared to keep her comfortable for the duration.  we first traveled to sherbrooke, quebec as she subjected herself to the intense 714x therapy and when that did not provide the desired results, we traveled to the infamous ait clinic (immunity augmentation therapy) in the bahamas.  on this island paradise, people came from all over the globe to try and beat incomprehensible odds and daily people were airlifted off the island as it became obvious this treatment would not be their salvation.  it was here, in the proverbial waiting room of the almost-dead, i learned of some of the 'crazy' remedies that people with no hope had resorted to and it was here my disgust for the shoddy/fake/hope-in-a-bottle-wildly-promoting-medicinal-herbs that were being pawned off on the desperate was instilled.  i vowed then and there to create something real using true plant extracts.

my career in horticulture began in the early 80's and by the time i reached this point in 1996, i was already the proud owner of my first farm producing and selling primarily pretty things but had developed a couple of 'medicinal' products namely echinacea tincture and infused oils.  as early as 1993 i was using the brand name vauxhall gardens and i was a vendor at the byward and parkdale markets in ottawa over a period of two years.  vauxhall gardens was chosen as it was, to me, the archetype of celebration:  art, music, amusing company but mostly the wonders of the plant world.  starting at vauxhall gardens london in 1729 and vauxhall gardens new york in 1767, these mythical-yet-real places were where both the aristocracy and 'common' folk could slip away from daily life and enter an alternate universe in which to marvel and participate in a delightful spectacle.  the dream of vauxhall gardens, i have lived to learn, is that bittersweet perfection/imperfection of a mad, passionate pursuit of creating a statement of beauty that causes others to awaken, as fleeting though it might be, to the primal remembrance that life, just like nature, is "imperfect, impermanent, and incomplete".

the wonderful thing about plants is that they are not political, religious, or socio-economic - they live in their own realm.  truly, the plant kingdom is a magnificent place and everything we could ever possibly need as humans is generously provided to us by the plant world.  the trick of the matter is however, if the plant world and all of its wonderful gifts are to be universally enjoyed, it has to be commercialized ... and this is where things go sadly awry.  ancestral knowledge has given us verifiable plant-to-human benefits yet it is how this knowledge is manifested in the 'modern world' where it veers off abruptly to a bumpy, dark path through the human kingdom where greed/ego/mediocrity abound.  with blatant misrepresentation, the billion-dollar personal care biz has stripped away the thunder that truly belongs to the plant superstars who are marketed as heroes but in reality are only a faint, counterfeit reflection of the plant when it was happily growing in the field.  those jostling for notoriety along this crowded journey boast loudly of a 'science' that is smarter than plants:  'plant' extracts that have been 'created' in a lab, 'patented' for profit and 'spun' by madison avenue.

vauxhall gardens grimsby is the third location (under the vauxhall gardens name) where i have grown commercially:  the first, as mentioned above, in hammond and the past two on the biosphere reserve.  our current state-of-affairs remains wabi-sabi:  perfectly imperfect.  on one hand, it is very satisfying to be at the top-of-my-game horticulturally-speaking and never in my wildest dreams, all those years ago, would i have thought myself capable of producing the quality/quantity/diversity of product that i do now.  i'm smarter at growing too and the bar i set for post-harvest retention of plant chemistry, which once seemed so lofty, is now something i don't even think of as i repeat age-old tasks over and over again.  and, believe it or not, 2020 saw me overcome my feelings of insecurity in the acquisitions department when the pandemic caused supply-chain havoc and i had to call into play my long-term relationships in order to pull-off some pretty incredible feats (which we will all benefit from with maintained pricing and quality in 2021).  as for the imperfect?  well, there is so much still to be done and so many avenues left to explore and bridling that passion requires a steady hand.  ugh! to this day i hate having to pump-the-brakes!!

thank you for listening

so, here we are, in january 2021.  it's been fun to delve into 'the archives' and to see how much and how little things have changed.  perfect/imperfect, wabi-sabi:   our common thread.  this january my front-burner thoughts have been on badger habitat that needs to be created, farmstore fantasy jags and the never-ending rabbit-hole of bio-security compliance have crammed my brain with so many ideas and to-do lists.  the thought that there is a badger species crisis is something i can't ignore so the need to maintain and create habitat has me obsessed and feeling up for the challenge.  badgers!!  can you even imagine?!  as this 59 year-old gears up for another ontario growing season, i still feel the same as i did all those years ago:  i want to grow the best plants, i want to capture the purest plant chemistry, i want to create products that are jammed with plant-energy immaculateness, i want to be a part of a great narrative that is dictated by something real.  and i want to see a real, live badger at some point in my life.

i hope you've enjoyed the nostalgia of this month's blog.  next month, hang on to your hats!!  from the lupine covered hills of gatineau to a dark, december night in an alley in kensington market ... a true, never-before-told exposé of one of vauxhall's most coveted yet politicized plant extracts.  can the 1000's of vauxhall customers who enjoy our full-spectrum cbd extract topicals, featuring our vauxhall-grown genetics be wrong??  i hope, when you hear my story, you too might see the value of growing and manufacturing a true craft cbd topical.